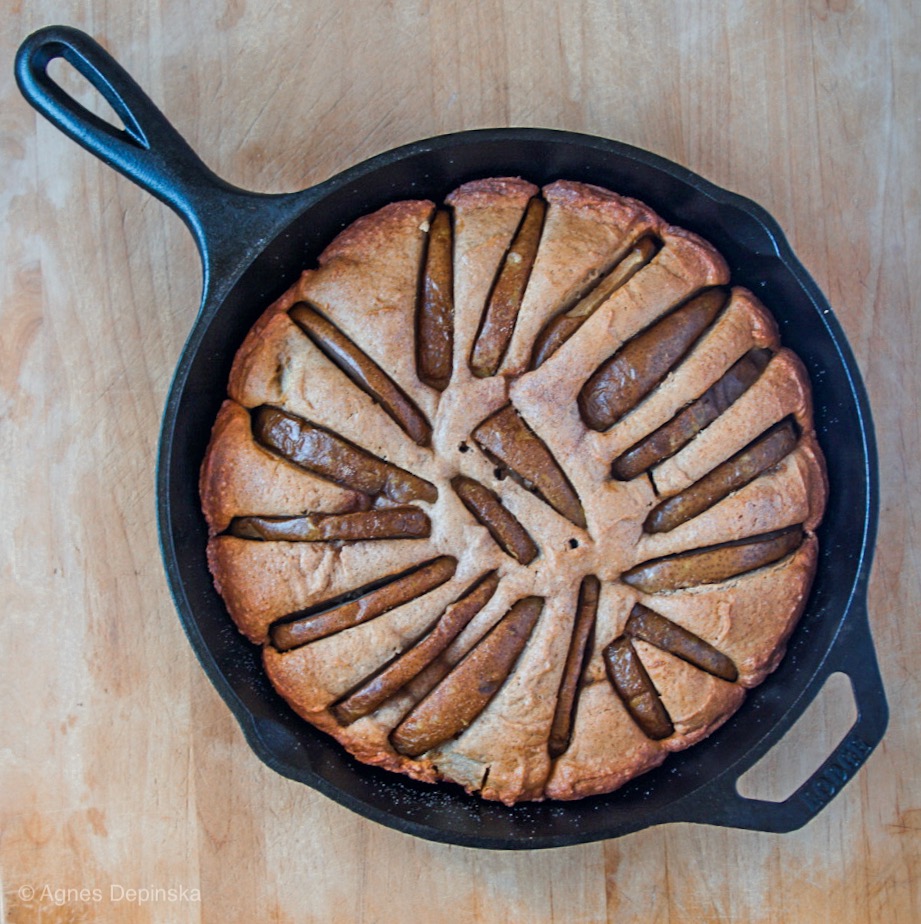 My refrigerator drawer is full of pears for juicing. I always mix pears with celery stalks for the perfect taste. So, as they had been staring me in the eye for a few days, I decided to use them to bake a skillet pear ginger cake for my guests the other day.

Because who needs a cake pan when you can use a cast iron skillet?

People don’t think much about using a skillet for baking. My love for skillets is relatively new. Before, I used a skilled just for grilling and frying. Recently, I realized that it’s one of the most versatile kitchen tools I have ever had and it’s perfect for baking! A skillet gets very hot during baking and because of its higher sides you will get those beautifully caramelized edges and delicious crispiness.

Just remember to regularly season your cast-iron skillet (to avoid the rust and keep it non-stick) and hand wash it.

Coming back to the skillet pear ginger cake recipe, it turned out great. It’s so easy to make! The baking time is longer than usual as we bake it at a lower temperature but to get that perfect crispiness it’s really worth it. Like always, I sneaked in healthy ingredients: whole-wheat flour, fresh ginger and yogurt. I served it with almond whipped cream on the side <3.

It’s perfect for breakfast or as a snack, both for your older ones and younger ones. Bon appetit! 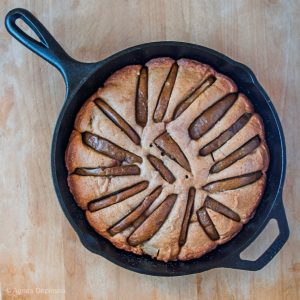 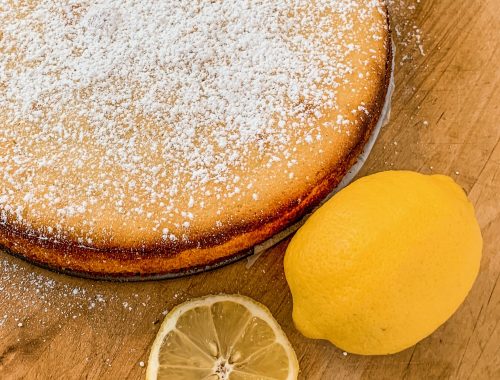 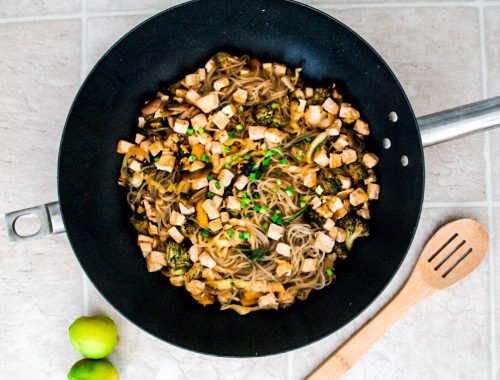 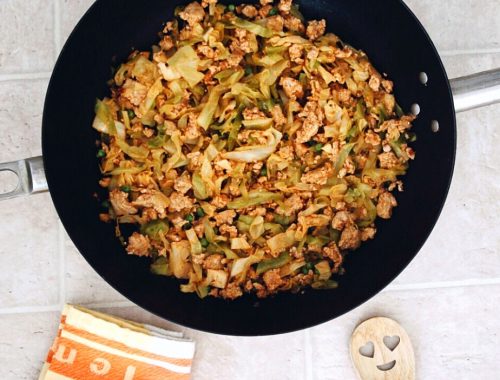